A hundred years in Corleone 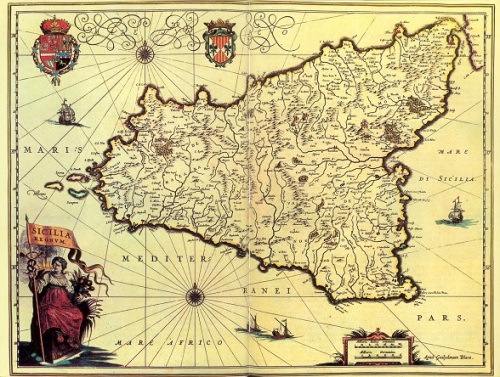 Appreciation develops on its own timetable, or not at all.

Before I got interested in genealogy, the subject I adored and rarely spoke of with my friends was weight lifting. There just didn’t seem to be much to say about it to people who don’t lift. In those years, I thought genealogy sounded boring. Then I was laid up with a back injury and started reading a lot of history, out of an interest in my own origins, and it led me to genealogy.

I still imagine the word “genealogy” sets off certain associations, as it once did for me, of people who enjoy playing bridge and golfing, who go to early bird dinners and read murder mysteries. I can tell when someone doesn’t already associate genealogy with thrilling discoveries and intellectual rigor, because they don’t have any questions about my research. I don’t want to be that guy who can’t talk about anything that’s not his fantasy football team, or Magic: The Gathering card collection, so I move on to a subject we can both talk about.

I don’t work at drawing people into my passion. Several inner voices rise up to remind me that my interest  is not popular among people who share my identity politics, to whisper that of course, other people do not find it inherently intriguing to squint at the baptismal records of people long dead. One voice insinuates that I’m a miser, a jealous hoarder of delicious details. I’m ashamed of being intensely interested in my far off and deceased relations, when I don’t even send birthday cards to my living family members.

Another, more doubtful voice suggests that maybe it is because it’s a solitary pursuit, and one I need no help getting excited about, that I do not bother trying to sell my friends on genealogy. There are forums where it doesn’t matter that we don’t share other common interests: we can still share this thing of ours and find genuine appreciation of our efforts. Relatives and paisan’ have found me through the profiles I publish and update online. Like any other interest or fandom, it seems that appreciation develops on its own timetable, or not at all.

This is what I find so exciting about genealogy: the way it lets me turn patience and attention to detail into a greater understanding of a larger world. I’m building up a body of knowledge about Corleone, about this town at a crossroads of civilization and the people who lived there, during a turbulent time in history. I’m creating a coherent narrative of how I got here. It’s not unlike knitting, writing a novel, or for that matter, brickmasonry: another one of the skills of my ancestors. They’re about painstaking precision, putting in the time, thinking about the engineering of the thing in advance of the work, because it is so slow. It’s meant to make something enduring and beautiful, and the way it’s done is with craft and care. There’s a reason genealogy and knitting are associated with our grandmothers, why brickmasonry still remains in the popular imagination as a noble art, long after we stopped paying anyone a noble salary to do it. Knitting wasn’t just a hobby, it was how we survived the winters.

Every time I stumble upon a close relative, or a tantalizing anecdote, I get a jolt. They are the bright bricks, unearthed randomly and placed where they can be seen. I’ll slog through pages of the death records of infants, for the genuine excitement and pleasure at finding what I think of as a “good” death: an elderly person who has married, who I know from my research has seen children grow to adulthood, marry, and have children of their own. Someone prepared for death: who has received last rites, and died in their own bed.

The sudden deaths are harder to fathom. I rarely see what I found earlier this month, which were the murders of three people, one of whom remained unidentified, in the spring of 1890. I found a fourth victim in the December of that year.

Of the two identified in the spring, I knew them both: who their parents were, whether they’d married. I have written about their lives. To find them murdered in the night, and this fact plainly stated in the Church records—records that, for the most part, tend not to judge, but to state only certain facts and not others—was unprecedented. The Church’s records will say how old people were at death, whether they ever married, who their parents were, who gave them last rites, where they were buried. I’ve found one suicide, in decades of Church death records. I’ve found one man who refused last rites: only the one. I’ve found the records of my own family going back nine generations; deaths at all ages, generally without explanation; of the murders, the suicide, the hundreds who died the summer of cholera, in 1837, and the records of countless, countless infants: left in the wheel house to be raised by others, dead in infancy, named after dead siblings. Some families have six, seven children, and lose every one. I have trouble fathoming such grief. No one I know today lives with that much loss, so closely.

Most recently, I’m following a priest through a walking tour of the city as it existed in 1811. It’s a document called the “stato delle anime,” the “state of the soul,” a Church census of households and individuals. The headings he’s jotted down throughout are the directions he takes as he goes: “out the Strada Grande,” “in front of the mill,” “under the castle,” “as one exits the courtyard.” He works his way in and out of alleys, called “vanellas,” a cousin who still lives in Sicily tells me, and which the priest numbers in lieu of names. He names the people who live in them, gives their ages and relationships. It’s given new, literal, dimension to my understanding of the people who once lived in Corleone.

Would you like to read more about my family in Corleone? I’m very active on WikiTree, an open source genealogy website. My profile is here, a page about my direct ancestors is here, and a page on my research methodology (potentially helpful to other amateur genealogists who are interested in Corleone, Sicily) is here.