Trans 101: What is the process to change one’s sex? 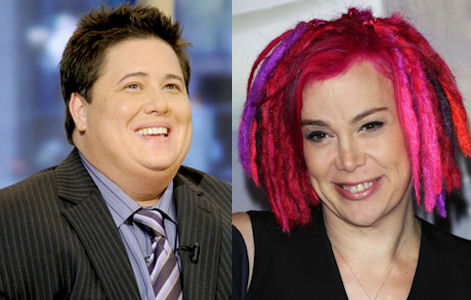 What is the process of transition for a trans person? (Hint: there is no process)

“How does that work?” and, “how long does it take?” are just a couple of the questions that people who haven’t been through the sex change process ask. For those about to transition—new trans people—it’s natural to want to know what is in store for them. The people around them, the allies, families, and friends of new trans people, may never have considered what a transgender person has to go through to achieve body congruence. Most people don’t have to think about what it means to go through a sex change, yet they may hold unspoken assumptions about the process, such as that there is a single “transgender surgery.”

What is a gender transition? How does it happen?

In some people’s imaginations, it works like this: “Andy” wakes up one morning and decides to change his gender. He goes down to the Department of Transgender, talks to a social worker, fills out a lot of forms, and a few weeks later he’s packing his bags. Andy disappears from society for a few days or months, then returns, legally the same person, but transformed. A surgeon in Thailand “chops off her penis”—this is the medical terminology—and her body is magically feminized: leg hair falls out, and razor sharp cheekbones rise like the Andes on her now-beardless face. Where Andy stood is now the beautiful Andrella, remembering what Andy does, having all of his experience, yet without a trace of masculinity remaining from her years of Boy Scouts and “man up!” lessons and testosterone. She returns home as fresh as a brand new Barbie doll, complete with passport, wardrobe, and romcom movie deal about a plucky “new girl next door” in search of her Prince Charming.

For trans men in this fantasy, it works exactly the same but in reverse. “Chaz” wakes up one morning, flies to Thailand, and before he’s recovered from the jet lag, everyone is calling him “Mister” and asking him to dance lead on reality TV.

In the real world (not “MTV’s The Real World”), there is no single process for a trans person. Sometimes there is no process, or else it’s not what you’d consider a “process.” Sometimes—a lot of the time—it goes at the speed of money. Sometimes this isn’t such a good thing for Andrella/Chaz, but it’s also pretty rare, unless your name is Wachowski, to have the hundreds of thousands of dollars at one’s disposal for transition related surgery expenses. And then there’s just laws of physics/biology, what you can do with the hands that go with a 6’4” person who lived under the influence of testosterone for a decade before she could get those hands wrapped around her destiny. There’s the priorities of people who might not be entirely sane, but are at least as sane as you are: they won’t get their legs broken like a tragic sci fi hero to gain six inches of height.

And there’s the limits of science, too. We can break legs, but we can’t make big, sensitive, responsive penises, or everyone would have one. At least one. Why stop there? Have one made up for daytime and one for evening wear. One to take out on weekends, and another for weekdays. One that looks good in a swimsuit, and one that your lover has custom designed to fit. A penis for every occasion.

Thanks to a decades-long sci fi habit, I’m waiting for nanotechnology rather than surgery. Imagine: a soft hiss of yeasty steam and the softly whirring magic of millions of tiny, tiny machines, building upon my own genetics to deliver the perfect penis that will work exactly as Nature would have made for me, had she gotten slightly different assembly instructions. Until such time as a gray goo squirted from a tube and applied to my nether bits delivers, I’m living with imperfection, but when it does,  I’ll probably overdo it, ignore the warning on the label, fail to apply it to an unobtrusive test area first. It’ll give me rock hard abs, remove all my back hair, make me a super genius and perk up my sagging butt, while also giving me an incurable computer virus. Because it’s still science fiction and without conflict, it’s just science lies.

So how does it usually work?

There are steps that trans people often take. Here are a few changes that will generally happen sooner rather than later.

Column A: Sometimes a trans person does one or more of these things, in some order and possibly more than once, as part of a transition:

Column B: Among those changes that a trans person might make that suggest that at least some of the new has worn off the situation, these are usually only undertaken once something from Column B has been ordered and digested. As before, these may take place over the course of months or years, and as previously noted, can be seriously delayed by finances.

There are no rules for what you have done, when, in what order, or anything. There are some guidelines that suggest seeing a mental health professional before having hormones or surgery. There’s certainly no Department of Transgender.

Changing your name, legally, is a different process in each locality. It’s often a family court matter, meaning a judge will want to know why you are requesting a name change: saying “because I’m transgender” is totally fine. You might have “the letter” from your MH professional saying yes, it’s true, this person is known to me as trans, and that satisfies many people: ignorant judges, bureaucrats of all kinds, and trans people themselves, who see themselves as protected from some of the consequences of appearing trans. The government just wants you not to be a crook, which is why this part of the process often requires publishing a notice in a newspaper, and is heavy on the “promise you’re not doing this to evade debt” language. You’ll have to swear, probably. Dress for court, say “Your Honor” when addressing a judge, step through the hoops as presented, and you’ll be fine, probably. It’s the least horrible part of the process for most people.

What is a sex change surgery?

The whole realm of medical procedures is likewise not regulated by any central transgender board. Each doctor decides who they’ll treat and under what conditions, governed by their own professional ethics. Have you ever had surgery of any kind? There’s a consultation. You schedule it with the doctor and the surgery center. Someone tells you what to buy for postoperative care and to make sure you have a ride home. If you’re lucky, you’ve got someone who’ll screen your calls for rabid, angry relatives, and if you’re even luckier, you have a supportive family who brings you fruit baskets and bad movies and fill your prescriptions, just like they would if you were having any other kind of surgery.

I’ve known people who’ve gone through treatment for cancer, chemo and radiation treatments as well as surgery. At first I think it would have been a shock to me, in their positions, that the world doesn’t stop for cancer patients. What do you mean I still have to go to work? But they do, many of them. Cancer patients schedule those treatments like any other medical appointments. You might be surprised how life goes on even as you’re fighting for it. It’s the same for us. For a lot of us, I think, this is a fight for our lives, and unlike cancer treatments, the expenses are usually not covered by health insurance.

The actual procedures that are considered “sex change surgery” are various and include:

And while not surgery, these procedures are often performed by cosmetic surgery centers, are comparably painful and expensive, but usually need multiple treatments to achieve satisfactory results:

Column C: I can’t think of anything that goes here. Is there some kind of super transsexual act one can undergo? If you think of one, let me know in the comments. Or maybe after you get your card stamped so many times, you earn points… but what are they redeemable for? Again, if you can think of something… I know Transadvocate has been wondering what we get for being trans. It seems some of us are getting cake.

Maybe Column C is the list of those things that a trans person does (or has done to them) that signify a certain level of completion. Because most trans people eventually: